Neocate® offers complete hypoallergenic nutrition that is tailored for those with food allergies and backed by the Neocate Footsteps support program, that is dedicated to giving them the solutions they need. 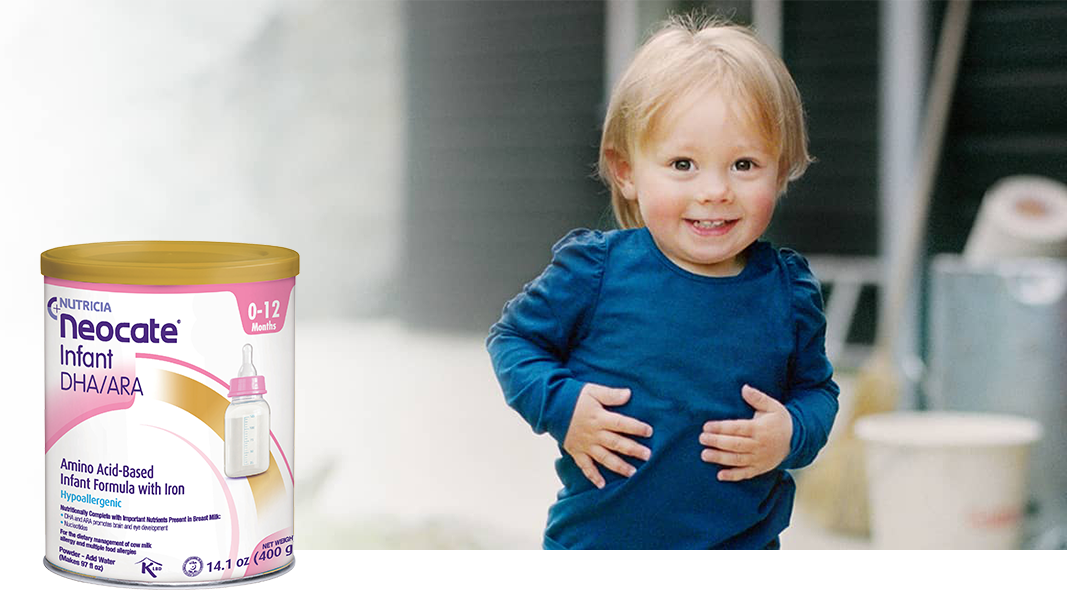 “In my heart, I know that Neocate Syneo Infant helped my son. We hope other families never have to go through all we’ve been through, but at least we know there are options if they do.” Read More 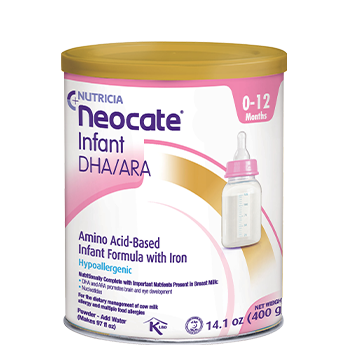 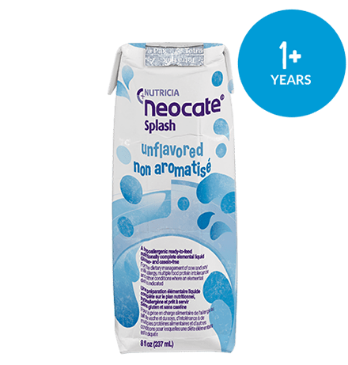 What is a hypoallergenic infant formula?

When it comes to infant formulas, based on calls our nutrition specialists get regularly, many people think hypoallergenic ensures that no allergens are present. The reality is more complex.

“Tolerated” means that the formula did not cause an allergic reaction. That means a patient in the trial had no symptoms or signs of allergic reactions (e.g. hives, anaphylaxis, etc.). Only formulas made of free amino acids – like Neocate – or extensively hydrolyzed proteins are hypoallergenic.

Other types of formulas in the U.S. are NOT hypoallergenic. These include formulas made with whole dairy protein, with soy protein, or with partially hydrolyzed protein. Formulas also aren’t hypoallergenic if they haven’t been studied in a clinical trial!

What is the difference between a hydrolyzed formula and an amino acid-based formula?

Amino acid-based formulas, also known as elemental formulas, use only amino acids as the source of protein. Amino acids are the building blocks of protein and are too small for the body to recognize as being foreign. They are a non-allergenic option that replaces protein and peptides.

To help you visualize the difference between these two types of formulas, picture a pearl necklace. The process of hydrolysis is like breaking the necklace into smaller segments with some pearls attached. These pieces are the peptides used in hydrolyzed formulas. Even shorter strands of fewer “beads” are like the shorter peptides used in an extensively hydrolyzed formula.

If you start with individual pearls, then you have an idea of amino acids. In an amino acid-based formula like Neocate, the amino acids are not in chains together. The amino acids in Neocate are not derived from dairy.

Can a child react to a hypoallergenic infant formula?

It is possible for a child with food allergies to react to formulas made with hydrolyzed protein, or peptides. Amino acid-based formulas, on the other hand, are the least allergenic type of formula. That’s because they’re least likely to cause a food allergy reaction. That’s because the amino acids are non-allergenic.

Now you know that two types of infant formulas can claim to be hypoallergenic. And you can see that the term alone doesn’t guarantee that there will NOT be an allergic reaction. The healthcare team should guide you to the right hypoallergenic formula for your child – amino acid-based or extensively hydrolyzed.

Neocate® is a family of hypoallergenic, amino acid-based medical foods for use under medical supervision and is indicated for cow milk allergy, multiple food allergies and related GI and allergic conditions. Talk to your healthcare provider to see if Neocate is right for you.
Nutricia Learning Center is intended for US healthcare professionals only.